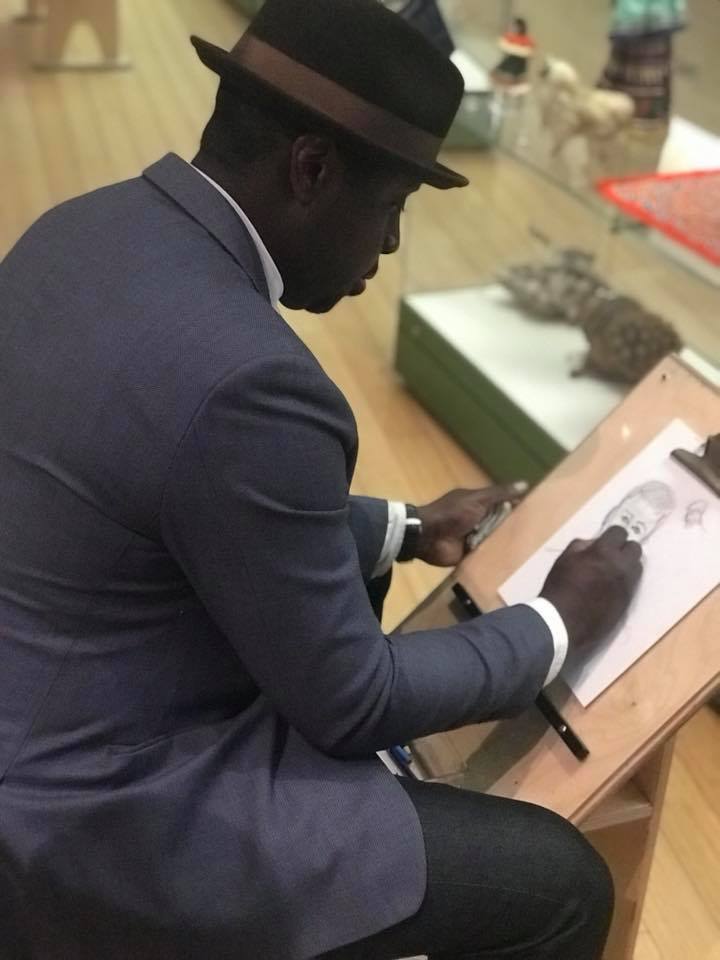 A native of Trinidad, Artist Joseph C. Grant, Jr., grew up in the Bedford-Stuyvesant area of Brooklyn, New York and is the youngest of 11 children. Creative and talented at a young age, he attended New York’s High School of Art & Design where he studied Art, Photography, and Media Production. After attending New York Technical College, for Marketing he would eventually return to his love of Fine Art.

As a young man, Joseph was deeply influenced by the works of Ernie Barnes and Norman Rockwell. Today, his hallmark is fanciful, elongated figures with exaggerated hands and feet. His unique approach to the human form embodies sports figures, Jazz themes, dancers and images reminiscent, of his childhood in Brooklyn. Although skilled in various mediums, it is Joseph’s use of acrylics and oils, mixed with his vivid imagination that makes this body of work an insightful and colorful depiction of life through the eyes of a young man from the in the inner city.

Numerous Art Collectors, including comedian Bill Cosby, “Like It Is” founder and TV host, the late Gil Nobel and NBA, Detroit Piston’s All Star, Isiah Thomas have all acquired paintings from this enchanting body of work.

In addition to being an accomplished artist, Joseph is also a respected author and filmmaker, a magazine publisher, and a youth mentor. In 2007 Joseph founded the Arts To Literacy Initiative. Through his innovative Arts To Literacy programs, Joseph continues to teach filmmaking, self-publishing, as well as art, to at risk children of all ages throughout New York City and Miami.

Over the years, Joseph has received considerable press and media attention for his Fine Arts and Community works. He has also been the recipient of numerous commissions and awards.

Currently Joseph serves as the Ambassador Of Arts and Culture for Bed-Stuy and Northern Crown Heights in Brooklyn. He is also creating an artistic retrospective of the historical black firemen of America, spanning from the 1800’s to the present, titled “We Didn’t Start The Fire.” In addition to everything else he is producing and directing his latest film project "To Live and Die in Bed -Stuy," The series under his Ghetto Eyez Publishing brand.